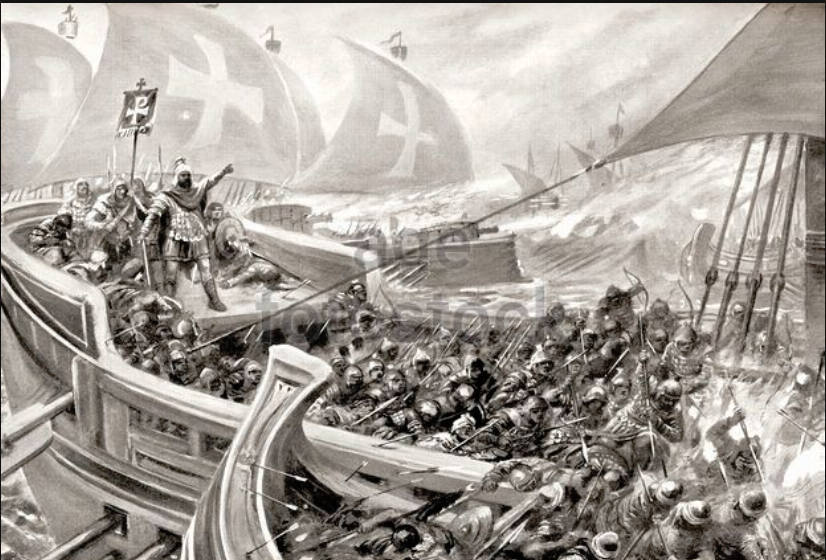 [Extracted from a full essay published yesterday, 9/10/18, at PJ Media, which includes Leo III’s historical background and remarkable insights into Islam, written 1300 years ago, including the creed’s unique misogyny—even by 8th century standards!]

Today, Tuesday (9/11/2018) marks the 17th anniversary of the cataclysmic jihad terror attacks in the United States on September 11, 2001. Thirteen centuries ago, August 15, 718, under the wise and stalwart leadership of Byzantium’s Leo III, the Arab Muslim jihad siege of Constantinople was broken, and the invaders—and Islamdom—suffered an ignominious defeat. These events are described with unique lucidity, and unbowdlerized knowledge of their animating Islamic, and Christian motivations, in Raymond Ibrahim’s compelling new book, Sword and Scimitar.  Would that today’s U.S., and other “western” leaders re-consider their largely feckless policies against the resurgent jihad depredations of our era (~34,000 acts of jihad terror since 9/11/2001), and re-examine Leo III’s timeless words, and actions.

Leo III’s alleged eighth century reply letter to the contemporary Muslim Caliph Umar II, who had invited the Byzantine Emperor to renounce Christianity, and adopt Islam, was preserved by the eighth (to tenth?)  century Armenian chronicler, Ghevond. Ibrahim’s  Sword and Scimitar re-introduced me to both Leo III’s letter, and the great linguist and Islamologist Arthur Jeffrey’s (d. 1959) annotated 1944 English translation, and analysis of Ghevond’s rendering  of it, which was succinctly characterized in my 2005 compendium on jihad:

Together, Jeffrey’s translation, with its guiding commentary, and Ibrahim’s equally learned, but broader, historical analysis in Sword and Scimitar, make plain that Leo III thoroughly understood, Islam, and its core jihadist doctrine, in both theory and practice…

Marshalling persuasive evidence, Ibrahim avers that it was Leo III’s devout Christian piety, courage, and studied, unapologetic understanding of Islam, and the tactics of jihad warfare, which enabled him to be the “architect” of the devastating triumph over an enormous Muslim jihadist army at Constantinople in August, 718.  Endorsing Byzantine historian par excellence A.A. Vasiliev’s (d. 1953) assessment, that Leo III’s “genius and energy…saved not only the Byzantine Empire, and the eastern Christian world, but also all of Western civilization,” Ibrahim concludes:

It would be some seven centuries before any Islamic power would again attempt to breach the stone walls of Islam’s archenemy…That the Eastern Orthodox Christian kingdom was able to repulse the hitherto unstoppable forces of Islam is one of Western history’s most decisive moments.

Leo III’s successful example must be re-affirmed as a living lesson for combating jihad warfare against the willfully blind heirs of Western civilization, a full thirteen centuries later.