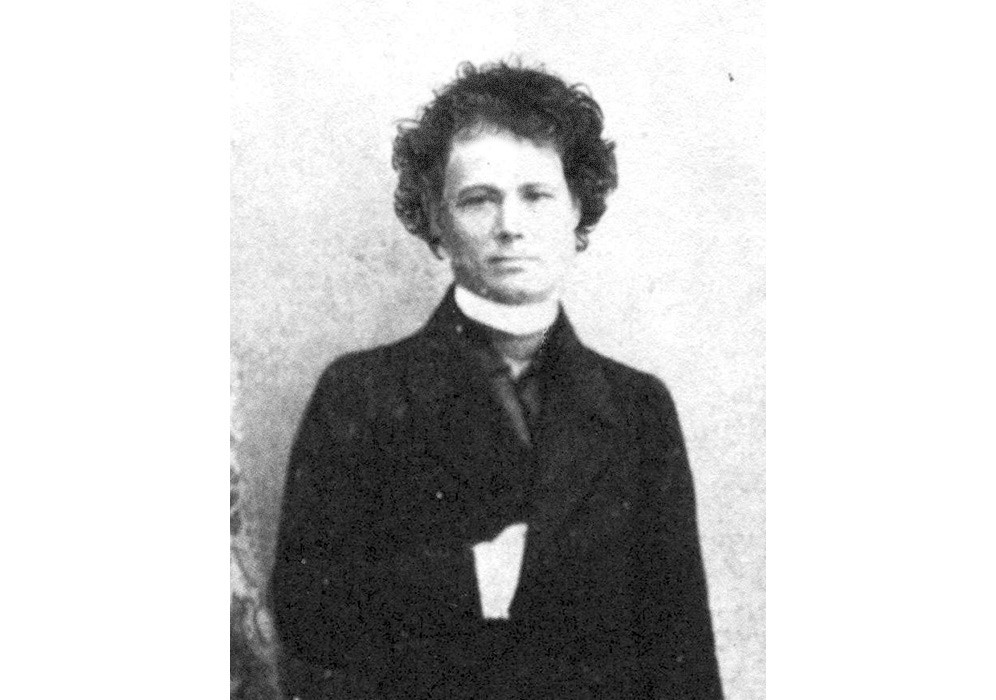 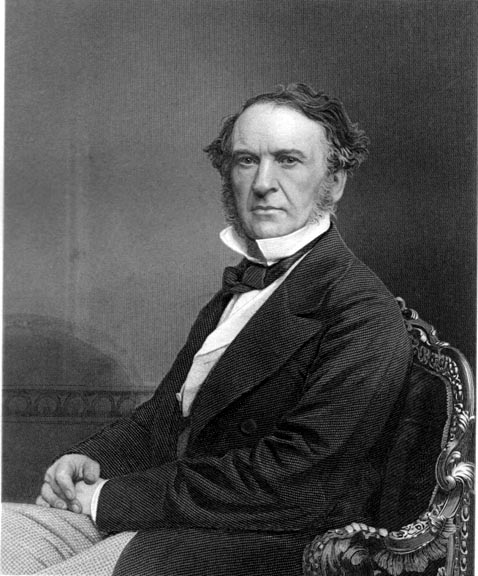 My previous blog placed the recent on air confrontation between Tommy Robinson, and vacuous media personality, Piers Morgan, in the appropriate context of living, timeless Islamic doctrine, and the iconic British leadership of Winston Churchill, and William E. Gladstone. Josip Juraj Strossmayer (d. 1905) was a seminal figure in Croatian, clerical, cultural, and socio-political history during the latter half of the nineteenth century. Trained at the doctoral level in both philosophy and theology, Strossmayer was ordained in 1838, then appointed bishop of Dakovo-Srijem [areas of Croatia and Serbia], and Bosnia in 1849, and formally inaugurated in Đakovo in 1850. By 1851, he was appointed apostolic vicar for Serbia (until 1896).  A dedicated patron of culture and the arts, Strossmayer established the Croatian Academy of Arts and Science in 1866, and opened the University in Zagreb in 1874, and the Gallery of Old Masters in Zagreb, in 1884.  During the Great Eastern Crisis (1875-1878), which hinged upon the revolt of Bosnia-Herzegovina against centuries of oppressive Ottoman Muslim rule over the indigenous Christian populations, under the Sharia, respected Protestant church officials facilitated contacts between Bishop Strossmayer and British statesman, William E. Gladstone. The renowned Anglican canon, Henry Liddon, in particular, was responsible for establishing the Strossmayer-Gladstone relationship upon visiting the Balkans in 1876. Liddon met with Strossmayer in September, 1876, and informed Gladstone of Strossmayer’s views that reforming the Ottoman Empire was a pipe dream, Bosnia-Herzegovina should be annexed to Serbia and Montenegro, and that this annexation would create the most effective bulwark against Russia’s hegemonic aspirations in the Eastern Europe, while bringing England closer to the South Slavs.

Formal correspondence between Strossmayer and Gladstone began October 1, 1876, and extended through 1892. Strossmayer’s initial letter to Gladstone, conveyed his gratitude for Gladstone’s advocacy of Balkan independence, while elucidating how European diplomacy, which riveted on illusory “reform” of the Ottoman Empire as a solution to the Eastern Question, was doomed to failure. Central to Strossmayer’s gimlet-eyed views were his theological, historical, and experience-based understandings of Islam, articulated without equivocation. Tragically, the dynamics Strossmayer illuminated in 1876-77—per the extracts from his correspondence to Gladstone, which follow—are still operating today, once again imperiling Western societies burdened with the same feckless, self-delusive “diplomacy,” devoid of intellectual honesty about Islam.

Bishop Josip Juraj Strossmayer to Mr. William E. Gladstone. October 1, 1876 [Reproduced from Seton-Watson, R.W. The Southern Slav Question and the Habsburg Monarchy. London: Constable and Co., 1911, pp. 417-18. Seton-Watson (1879-1951), who translated Strossmayer’s letters from German, was an esteemed British historian and diplomat who researched the history of the Habsburg Monarchy, and was fluent in German and Hungarian, and several Slavic languages.]

“The Koran has manifested before Allah and man its absolute incapacity to govern Christian nations, by making itself the basis not only of religious but of social and political life. Its fatal purpose is either to force Islamism [i.e., Islam itself, in the parlance of the era] upon them, or to deprive them forever of political rights, and to plunge them into an intolerable oppression. No power in the world can change this inherent mission of the Koran, for it comes, in the belief of the Muslim, from Allah Himself. To rule and aggrandize, and to indulge undisturbed in all those unnatural vices which, before they bring about the death of nations, are always the source of dreadful cruelties, that is the appointed mission which the Mussulman [Muslim] has received from Allah. Between the slavery of the Koran and all other slavery there is this difference, that the one is commonly the result of evil custom, of vice and passion, of causes that are destitute of divine sanction, whilst the other claims to be directly sanctioned by Allah Himself, and must therefore be unchangeable and perpetual. Hence the evident truth, that all attempted reforms are fruitful of nothing but increase of suffering to the Christian. The Turks have the right to say that they must obey the voice of Allah rather than the precepts of human policy. They regard compulsory reforms as sacrilegious follies, calculated to disturb the rights and enjoyments assured to them by Heaven, and take their revenge on the Christians who occasion the demand for reform. They are cunning enough to abound with treacherous promises in the hour of trouble; but we can truly say of such hollow pledges “mentita est iniquitas sibi” and “quae societas lucis cum tenebris aut Christi cum Belial?” (“iniquity hath lied to itself” [from Psalm 27] and “what communion hath light with darkness. And what concord hath Christ with Belial [Satan]?” [from 2 Corinthians 6:14-15])” It is impossible that their promises should ever be sincere. It is pitiful that there should be men who have the courage to allow themselves to be so openly deceived; and it is sad especially that the European diplomacy should be among them. Diplomacy ought to be the highest and safest tribunal, full of wisdom and experience; but it exhibits itself now in a light that does not deserve the confidence of the world. Instead of simplifying problems it makes them obscure, and supplies solutions which instead of peace and tranquility produce new complications, new delusions, new animosities and new conflicts.”

“It is said that the Christians have sunk too low to be capable of any wide autonomy. Yes, the Christians in Turkey indeed have sunk low, but whose doing is that? It is a most inverted logic, to deduce from the decayed condition of the Christians the right of the Koran, which by its rule of four centuries is responsible for their low estate, to continue still further its work of humiliation and desolation.”

“[I]t is not a question whether this or that event took place in this or that form, but mainly whether it is possible that Christians should remain under the rule of the Koran and its fanatical followers free from tyranny and every kind of cruelty. Every thinking man must answer this question with a decided ‘No.’ The Koran orders in Allah’s name that the Christian dogs should be exterminated by the sword; where this is quite impossible, it condemns them, once more in Allah’s name, to shameful servitude, and excludes them forever from every right and power and property. The whole history of the Christians among the Turks is written in three dreadful words: stupid arrogance and laziness; shameless and often unnatural lust, and finally the horrible cruelty and tyranny which go with it. All that Europe has done hitherto to improve the lot of the Christians, has not merely remained ineffective but has made it worse, because the Turks, and rightly from their standpoint, are angry at their Christians giving cause for Europe to interfere in their internal affairs, to disturb them in their enjoyment and to seek impiously to impose on them her own will instead of the divine and unalterable law [i.e, the Sharia]. I cited, for example, the little town of Brod, which lies on the banks of the Save  [“Sava,” a tributary river of the Danube in Central and Southeastern Europe] in our immediate neighborhood, where the poor rayah [a term literally meaning herd animal, and also the equivalent of “dhimmi”, subjected, and deliberately humiliated non-Muslim peoples possessed of scriptures, per Koran 9:29, conquered by jihad and living under the Sharia] in the presence of our authorities hurled thousands of reproaches in the face of the Turks who urged them to return, regarding incredible cruelties such as the murder of innocent children and old men, and the most infamous violation of girls, boys and women, as was related to me by a reliable and learned witness. I added; if to these cruelties of a single place and a single occasion be added the whole extensive Turkish empire and four whole centuries, then every Christian heart will be convinced that the bitter cup of suffering of the poor Christians in Turkey is already overfull and that we are justified in at last expecting from the justice and wisdom of Europe that it should take pity on them and hasten to their aid, the more so as their own interest demands this, in order that the inflammable material in Turkey may not produce an universal European conflagration.”