“I had the unusual opportunity of hearing [Trofim] Lysenko lecture, and a conversation with him in 1945…I at first imagined there must be something in Lysenko’s claims. However, the more I heard and read, the clearer it became that Lysenko and his followers are not scientific in any proper sense of the word—they do not adhere to recognized scientific method or employ normal scientific precautions, which renders their scientific evaluation possible. They move in a different world of ideas from that of professional scientists, and do not carry on discussion in a scientific way…it is less a branch of science comprising of facts, than a branch of ideology, a doctrine upon which it is sought to impose facts…The [Soviet] Communist Party has officially pronounced that Michurinism…as their form of [Lysenkoist] genetics is called, largely based on ancient superstitions, which the advance of scientific knowledge has left behind… is scientifically true. It has divided science into Soviet science, which is good and right, and bourgeois science, which must be combatted by all Soviet scientists…To do this is to destroy the necessary autonomy and unity of science as a major human activity. This repudiation of the validity of science and the scientific method, is a denial of that freedom of the human intellect which we fondly imagined had been laboriously won during the past three or four centuries” 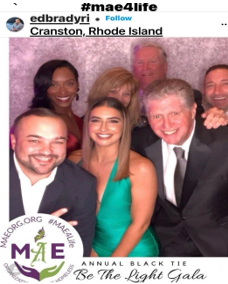 Judge, despite conceding what is palpably obvious, “that children across the state are suffering with the mask mandate,” you gave license to a punitive diktat against Rhode Island’s schoolchildren, abetting a shameful gubernatorial and Rhode Island Department of Health official face-saving exercise that recalls Stalin-era Lysenkoist anti-science, what Dr. Julian Huxley (in Nature,1949) appositely described as “the appeal to doctrine and authority instead of observational  and experimental verification.” I can state these things unequivocally after participating as both a plaintiffs’ expert witness—whom you certified—and eyewitness to Southwell v. McKee recently argued in your Rhode Island Superior Court room.

Lacking all interest in the Dickensian legal casuistry underlying your decision—which I leave for lawyers to debate (and debunk)—I remain perplexed as a legal layman why you failed to provide an obvious and equitable remedy. Namely, why didn’t you demand an open public hearing on any extension of the school mask mandate by December 12, 2021, before it expires, and is otherwise reflexively renewed on December 13, 2021, absent such a hearing? Even if within the Dickensian legal sphere where you operate, you anticipated this perfectly reasonable demand (i.e., from a non-Dickensian, rational lay viewpoint) might have been “overruled,” behaving like a mensch would have drawn attention to the ongoing executive, legislative, and bureaucratic abuse of the normal regulatory process. Having recognized the abuse of process, as an empowered jurist, you were uniquely positioned to cut this gordian knot, and act decisively. Instead, you simply shrugged your shoulders and failed to take any concrete action against it. You didn’t exactly “show us the mettle of your pasture” with such inaction.

Equally alarming, and clearly more personal, I was disgusted with your written decision’s glib, subjectively pruned, and worse still, at times confused and counterfactual representation of my background, and the very detailed, meticulously documented medical/epidemiological testimony I presented. The remainder of this two-part letter is dedicated to those concerns. I hope you give them serious consideration, my blunt rhetoric notwithstanding.

PART 1: Judge Lanphear, there was nothing remotely objective in your description of the background of the defendants’ expert witness, Dr. McDonald, relative to mine.

Here are links to Dr. McDonald’s curriculum vitae, and my own. Simply put, it is impossible to reconcile your reductio ad absurdum characterization of my background with my CV, and my direct examination in court on the subject. The contrast with your summary of Dr. McDonald’s background is striking, and unacceptable for an ostensibly unbiased jurist. Compare these res ipsa loquitur extracts:

“Defendants’ expert witness’ Dr. James McDonald serves as the Medical Director for the Rhode Island Department of Health (Department or DOH). He received his Baccalaureate degree at Siena College, and his M.D. at Loyola University. He interned with the National Naval Medical Center in Bethesda in pediatrics and has consistently practiced in pediatrics since 2003. He completed his residency in preventative medicine at the State University of New York and received his Master’s Degree in public health from the University of North Carolina. He is a member of the faculty at the Brown University Schools of Medicine and Public Health. Board certified in both pediatrics and preventative medicine the Court found him to be qualified as an expert in both fields. Dr. McDonald’s duties at the DOH include developing policy and dealing with stakeholders; he has also been the Medical Director of the COVID Leadership Team within the Department since November 2020.”

“Dr. Andrew Bostom testified as an expert witness for the Plaintiffs. While Dr. Bostom received his M.D. from the State University of New York in 1990, followed by a Master’s Degree in epidemiology from Brown University, he acknowledged that he no longer maintains a practice. He has served at Pawtucket Memorial Hospital since 2013. At the hearing, he claimed to be working with Brown University Center for Primary Care and Prevention, though his present role became unclear during cross-examination. He specialized in cardiac intervention with epidemiology but does not appear to be currently certified in any field, having last been recertified in internal medicine in 2014.”

Your Honor’s frankly grotesque simulacrum of my background omits all of the following very germane material, reviewed, at various length, during my direct examination, and available in permanent form by actually consulting my CV:

—I was trained as a physical therapist (PT), graduating from SUNY-Downstate in 1982, and working as a clinical PT through 1990 (including part-time while in medical school).

—I then went to CUNY-Queens College Graduate School, while working full-time as a PT, and obtained an M.S. in Exercise Physiology, in 1986. That training launched a (still ongoing, see here) career in actual Preventive Medicine, namely primary and secondary prevention of cardiovascular disease in a full gamut of populations, from those with profound physical disability (see these publications, here; here; here), to the able-bodied/athletic. I also became junior faculty at Queens College Graduate School, before going back to school for medicine, and designed and taught a course in cardiovascular disease rehabilitation.

—From 1990-1994, I completed both residency training in general internal medicine at Brown University-Rhode Island Hospital, and a unique clinical investigator pathway in cardiovascular disease epidemiology supported by the U.S. Public Health Service (USPHS). My hands-on USPHS field training was at the world-renowned Framingham Heart Study. This experience also included completing the course work for an M.S. in epidemiology at Brown University (see these relevant publications here; here; here).

—During my full-time academic medical career from 1997 to 2017, as a hospital-based Brown University School of Medicine Assistant, then Associate Professor of Internal Medicine, I conducted clinical and epidemiological research in cardiovascular disease (primary and secondary) prevention, among both general and chronic kidney disease populations. These research endeavors were combined with outpatient clinical management of cardiovascular disease, from overseeing a cardiac rehabilitation program (at Memorial Hospital of Rhode Island), to outpatient treatment of lipid disorders. For several years, I also taught the pharmacology of lipid-lowering drugs at Brown University Medical School. Throughout this period, I was a nationally, and later internationally recognized expert in the conduct of epidemiologic studies, and clinical trials evaluating putative cardiovascular disease risk factors, and potential therapeutics in patients with chronic kidney, and/or cardiovascular disease (see CV, references 26-105). As Principal Investigator for the FAVORIT clinical trial, based at Rhode Island Hospital, I ran the largest randomized, controlled trial ever conducted in chronic, stable kidney transplant recipients (see here; here; here), a 10-year, ~$20-million enterprise (see 2008 Brown Medicine Department announcement, here) involving 4110 patients at clinical sites across the U.S., and including one in Canada, and another in Brazil.

—Subsequently, as a part-time academic (i.e., a Brown University Associate Professor of Family Medicine, through June 2021; and ongoing, Research Physician at The Brown Center for Primary Care and Prevention), I broadened my research experiences to include studies of novel markers of chronic kidney disease and arteriosclerosis (see CV, references 103,106,107), nicotinamide as a potential therapeutic for skin cancer (see here), and even the utility of SARS-CoV-2 [covid-19] reverse transcriptase [rt] polymerase chain reaction (PCR) cycle threshold (Ct) nasal swab testing data for determining the dynamics of the covid-19 epidemic in Rhode Island (here).

Judge Lanphear, virtually none of these critically relevant facts— all of which were readily available to you—are represented accurately in your “characterization” of my serious academic and clinical bona fides. Your observation “he does not appear to be currently certified in any field,” is both dead wrong and fundamentally ignorant. My third certification in internal medicine, circa 2014, lasts, as is common knowledge to anyone curious, 10-years, through 2024. Moreover, when you combine such lazy, reckless assessment of my credentials with the inflammatory comment, “he claimed to be working with Brown University Center for Primary Care and Prevention, though his present role became unclear during cross-examination,” you are engaged in calumny, transparently implying that I am a charlatan. For perspective, consider how you might react to the characterization, “he claimed to be a Superior Court Judge.”

Your Honor, in polar opposition to my career in medicine, Dr. McDonald’s flimsy CV, as confirmed during his cross-examination, reveals that he has no appropriate background in, nor appreciation for, modern evidence-based medicine. The good RIDOH Dr. admitted in your Court he had never designed, been funded to conduct, completed, or published a randomized, controlled trial (RCT), or a prospective, observational cohort study. Furthermore, neither Dr. McDonald’s direct nor his cross-examination testimony confirmed he had seriously read, let alone digested, the uniformly negative RCT data (see slides 20-22)  on community masking for the prevention of respiratory viral infections, including SARS-CoV-2 infections. These designs, most importantly the RCT, form the bedrock for rational, non-Lysenkoist, evidence-based policymaking recommendations (see slide 19). Yet Dr. McDonald blithely (and nihilistically) ignores the negative RCT data on masking, and instead relies on inferior, intractably confounded observational, and even “ecological” data, leaping beyond a mere declaration of masking recommendations, to enacting mask mandates for very low (see slides 12-13) covid-19 risk schoolchildren!

Judge Lanphear, casting slothful, unfounded aspersions on my record of extensive, real-world experience with RCTs, while turning a blind eye to Dr. McDonald’s inexperienced, Lysenkoist mindset, you have reinforced the tragic covid-19 school masking Lysenkoism which grips our state.

In part 2, I will attempt to remind you of all the granular details presented in court which you selectively ignored in your ruling that render it, certainly from the evidence-based medicine viewpoint, a biased, Lysenkoist “supporting brief” for the defense.