During the First World War, the Ottomans concluded a tactical alliance with the Kurds to repress and expel the Sultan’s Armenian subjects from chunks of southeastern Anatolia. The rationale for that campaign, later to be known as the Armenian Genocide, was that some Armenians, led by the nationalist Armenian Revolutionary Federation (Dashnaktsutyun) sided with Russia in the war against the Ottomans by launching a series of attacks in Anatolia. With resources stretched in European and Middle Eastern theaters of war, the Ottoman Empire had to enlist Kurdish irregulars to crush the Armenian revolt in several major battles.

U.S. Consul in eastern Turkey, Leslie Davis chronicled the massacres in reports and photographs filed with the State Department during 1915. Consul Davis’s addended (and coded) message to Ambassador Morgenthau on December 30, 1915 mentioned photographic evidence (see images at bottom of this blog):

I intend to supplement these reports on the deportation and massacre of the Armenians with an account of two trips which now made to a lake about 5 hours distant? [sic] from here where I saw the dead bodies of fully 10 thousand persons comma many of whom had been recently killed comma and to illustrate it with photographs which I took of them alive in camps Period It would not be prudent to send such a report now Period. [Leslie A. Davis (1915) “I have the honor to continue my reports of June 30th, July 11th, July 24th, August 23rd and September 7th [File No. 840.1] about the deportation and massacre of the Armenians in this region…” see United States National Archives RG 59 867.4016/269.  Papers associated with activities as Consul at Harput, Turkey may be found at Davis, Leslie A. (1915). U.S. Department of State, Record Group 59, International Affairs of Turkey, 1910-1929 (Microfilm Publications) Microcopy 353: 88 reels, especially 867.4016/1-1011, reels 43-48.]

Indeed Consul Davis exercised great caution to prevent unrestricted access to his typewritten report, which was only made public when “The Slaughterhouse Province—An American Diplomat’s Report on the Armenian Genocide, 1915-1917”,” was published, in 1989. As Davis wrote in his cover letter to the final report, February 9, 1918 [NA/RG59/867.4016/392; Cover letter stamped Index Bureau D291/62; stamped received by Consular Bureau Feb 13, 1918; stamped filed March 11, 1918]:

I may at some future time, if the Department has no objection, wish to use this report, in whole or in part, for literary purposes and, therefore, respectfully request the Department to kindly not permit it to be copied by any one who may be interested in obtaining material for publication.  In addition to what is given in the report, I have at Harput some other material, such as autobiographic sketches of a number of the persons mentioned therein, as well as a large collection of photographs which I took while there and which illustrate many of the scenes described.  It was impossible, of course, to bring any of them with me.

Here are pathognomonic extracts from “The Slaughterhouse Province” detailing the wanton killings of innocent non-combatants orchestrated by the Muslim Turks, and their Kurdish Muslim henchmen:

“There were also hundreds of children arriving all the time from other places, whose parents had died or been killed on the way…Then the children disappeared and it was reported that they had all been taken to a lake about twenty miles from Harput and drowned.”[p. 41]

“It was rumored that many of the people who were brought here had been pushed over the cliffs by the gendarmes and killed in that way.  The rumor was fully confirmed by what we saw.  In some of the valleys there were only a few bodies, but in others there were more than a thousand.  One of the first corpses that we saw was that of an old man with a white beard, whose skull had been crushed in by a large stone which still remained in it.”[p. 66]

“I was subsequently informed more in detail about the system employed in disposing of these parties of Armenians.  They were allowed to camp for a day or two in the valleys or in some convenient place.  While they were there the gendarmes summoned the Kurds … and ordered them to kill the Armenians, telling the Kurds they could make money in this way…”[p. 68-69]

“A remarkable thing about the bodies that we saw was that nearly all of them were naked.  I have been informed that the people were forced to take off their clothes before they were killed as the Mohammedans consider clothes taken from a dead body to be defiled.  There were gaping bayonet wounds on most of the bodies, usually in the abdomen or chest, sometimes in the throat.  Few persons had been shot, as bullets were too precious. It was cheaper to kill them with bayonets and knives.  Another remarkable thing was that nearly all the women lay flat on their backs and showed signs of barbarous mutilation by the bayonets of the gendarmes.  These wounds having been inflicted in many cases after the women were dead.  We also noticed that all the bodies in these valleys were apparently those of people who had been on the road at least one or two months, showing that they were not from Harput but were from distant places.”  [p. 69]

“We estimated that in the course of our ride around the lake, and actually within the space of twenty-four hours, we had seen the remains of not less than ten thousand Armenians who had been killed around Lake Goeljuk…”[p. 75]

“That which took place around beautiful Lake Goeljuk in the summer of 1915 is almost inconceivable. Thousands and thousands of Armenians, mostly innocent and helpless women and children, were butchered on its shores and barbarously mutilated.  It is hard for one living in a civilized country to believe that such things are possible yet…[p.76]

Additional State Department correspondence from 1915, including reports by Ambassador to Turkey Morgenthau, reiterates the murderous brutality of the Turkish and Kurdish Muslim depredations. Ambassador Morgenthau also clarifies the question of the rather insignificant extent  of alleged Armenian “revolutionary” cooperation with Russia, given the conscription of all 20-45 year old Armenian men into the Turkish army, and the grossly excessive, orchestrated Turkish “retaliation” it engendered.

796. Foreign Office notes just received transmits a communication that it be notified to Ottoman Government as follows: “May 24. For about a month the Kurd and Turkish population of Armenia has been massacring Armenians with the connivance and often assistance of Ottoman authorities. Such massacres took place in middle April at Erzerum, Dertchun, Eguine, Van, Bitlis, Mush, Sassun, Zeitun, and throughout Cilicia. Inhabitants of about one hundred villages near Van were all murdered. In that city Armenian quarter is besieged by Kurds. At the same time in Constantinople Ottoman Government ill-treats inoffensive Armenian population. In view of these new crimes of Turkey against humanity and civilization, the Allied governments announce publicly to the Sublime Porte that they will hold personally responsible (for) these crimes all members of the Ottoman Government and those of their agents who are implicated in such massacres.”

The Ambassador in Turkey (Morgenthau) to the Secretary of State (Telegram] Constantinople, July 10, 1915, 9 a.m.

841. June 18, 6 p. m. “Persecution of Armenians assuming unprecedented proportions. Reports from widely scattered districts indicate systematic attempt to uproot peaceful Armenian populations and through arbitrary arrests, terrible tortures, wholesale expulsions and deportations from one end of the Empire to the other accompanied by frequent instances of rape, pillage, and murder, turning into massacre, to bring destruction and destitution on them. These measures are not in response to popular or fanatical demand, but are purely arbitrary and directed from Constantinople in the name of military necessity, often in districts where no military operations are likely to take place… (B)ecause some have been implicated in armed revolutionary movements and others have been helpful to Russians in their invasion of Van district, terrible vengeance is being taken. Most of the sufferers are innocent and have been loyal to Ottoman Government. Nearly all are old men [and] women. All the men from 20 to 45 are in Turkish army. The victims find themselves dispossessed of their homes and sent on foot to be dispersed in districts where they are unknown, and no provisions have been made to lodge or to feed them. We have in several places been refused permission to relieve their misery or to have access to them. In some few instances where they opposed these measures and took refuge in the mountains and some arms or bombs were found, it provoked the authorities to further cruelties which they attempt to justify by the opposition. Untold misery, disease, Starvation, and loss of life will go on unchecked.

Consul Davis of Harput reports: ‘Professors American College have been tortured. Some others have died under torture or lost mind. Many hundred young Armenian men originally taken as soldiers, some of whom were students American College, have been sent away without food, clothing, or money. Night of June 23 several hundred other Armenians recently arrested, including professors American College, were sent away in the middle of the night without food, clothing, or money. Many deaths are reported en route in both lots of prisoners. Preparations are being made apparently to send away many more. I was informed confidentially to-day that an enormous sum of money is now being demanded of the local Armenians. There seems to be a systematic plan to crush the Armenian race. All things make us apprehend permanent closing of American schools.’

That only refers to one place. Many Armenians are becoming Moslems to avoid persecution. In addition to humanitarian considerations we have a real interest through the fact that certain objectionable Armenians involved in these forced dispossessions and deportations are naturalized citizens of the United States and that the charitable and educational work of the American Board will suffer considerably and in many places will cease altogether.” 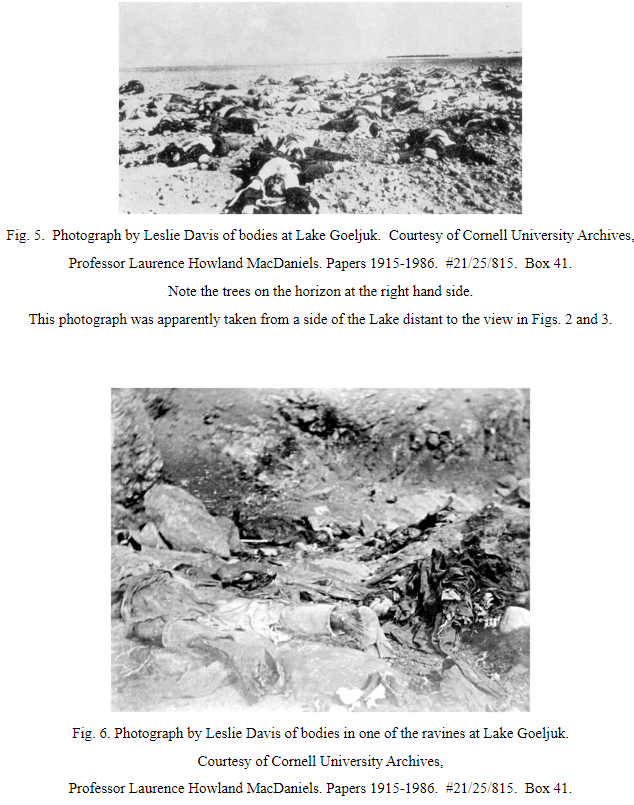