The Concordance of Sharia “Thirst”, Rampant Christian Persecution, and Jew-Hatred in Muslim Societies

Posted on 29th April 2019 | Comments Off on The Concordance of Sharia “Thirst”, Rampant Christian Persecution, and Jew-Hatred in Muslim Societies

“Sharia is a way of life that suits our culture. Egyptian customs and traditions go in line with Sharia. The Egyptian society does not accept Western liberalism”…“People are thirsty for Sharia.”

—Vox populi expressions of Egyptians from December, 2012 representing the 74% who want “strict application” of the Sharia, Islamic law 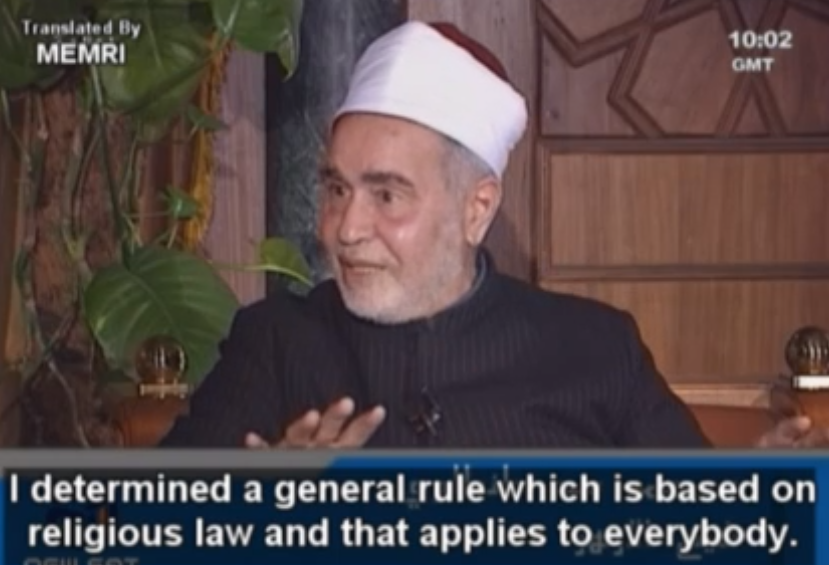 Muslims, those who had reached an accord with Muslims, and “people who need to be killed.”

Idolaters, he added, “need to be slaughtered wherever you see them.”

This latter statement is just a paraphrase of Koran 9:5, a central verse on jihad war, from the 9th “sura” or chapter of the Koran. Allegedly the final “Koranic revelation”, the essence of sura 9 is a series of timeless war declarations against non-Muslims, which “abrogate” other pacific sounding, transitory verses from Islam’s holy book.

A separate U.K. Daily Mirror investigative report from Sri Lanka published in the aftermath of the jihad carnage found that 60 out of 63 mosques in Muslim dominated Kattankudy—home of the jihadist bomber ringleader Hashim—preach traditionalist, or so-called “Wahhabist” Islam.  Notwithstanding its designation as “radical,” what can be readily demonstrated (here; here; here) is that “Wahhabist” Islam shares with each major sect of the creed, even much romanticized “mystical Sufism,” the universal tenets of jihad war against non-Muslim infidels, and application of discriminatory Sharia jurisdictions upon all those subjugated by jihad.

The visceral hatred of non-Muslims animating this solidary Muslim doctrine of jihad is perhaps best illustrated by Islam’s most lionized “Sufi” theologian, Al-Ghazali, acclaimed, “both in the East and West as the greatest Muslim after [Islam’s prophet] Muhammad.” Opining on jihad war, and the application of the deliberately humiliating Sharia mandates imposed on those Christians and Jews, in particular, who survived their conquest by Muslims, Al-Ghazali (d. 1111) wrote:

[O]ne must go on jihad (i.e., warlike raids) at least once a year…one may use a catapult against them [non-Muslims] when they are in a fortress, even if among them are women and children. One may set fire to them and/or drown them…If a person of the Ahl al-Kitab [People of The Book—primarily Jews and Christians] is enslaved, his marriage is [automatically] revoked…One may cut down their trees…One must destroy their useless books. Jihadists may take as booty whatever they decide…they may steal as much food as they need… [T]he dhimmi [subjugated non-Muslim] is obliged not to mention Allah or His Apostle…Jews, Christians, and Majians [Zoroastrians] must pay the jizya [poll tax on non-Muslims]…on offering up the jizya, the dhimmi must hang his head while the official takes hold of his beard and hits [the dhimmi] on the protuberant bone beneath his ear [i.e., the mandible]… They are not permitted to ostentatiously display their wine or church bells…their houses may not be higher than the Muslim’s, no matter how low that is. The dhimmi may not ride an elegant horse or mule; he may ride a donkey only if the saddle[-work] is of wood. He may not walk on the good part of the road. They [the dhimmis] have to wear [an identifying] patch [on their clothing], even women, and even in the [public] baths…[dhimmis] must hold their tongue

Lebanese scholar of Islamic law Antoine Fattal’s 1958 Le Statut legal des non-Musulmans en pays d’Islam, remains a seminal study of the legal status of non-Muslim “dhimmis,” vanquished by jihad, and living under the Sharia. Fattal’s treatise contains timeless insights on the jihad, and concludes with a very prescient warning about the real peril of this living Islamic institution of non-Muslim hatred, sounded some 850 years after al-Ghazali’s death:

Even today, the study of the jihad is part of the curriculum of all the Islamic institutes. In the universities of Al-Azhar, Najaf, and Zaitoune, students are still taught that the holy war is a binding prescriptive decree, pronounced against the Infidels, which will only be revoked with the end of the world… The (Muslim) Prophet did in fact say… and his words have not expired: “I came with the sword…Jihad is engaged now and to the day when the last handful of men of my nation will be called to fight the ‘Antichrist.’”… In no case is the dhimmi the equal of a Muslim. He is condemned to social inequality and forms part of a despised caste: inequality so far as his personal rights are concerned,…and inequality before the law…

Open Doors monitors and characterizes the extent of Christian persecution worldwide producing a yearly assessment of the 50 most egregious offenders. Consistent with all previous reports, in 2019, 9/11 of those countries under the designation “extreme persecution,” 20/29 designated “very high persecution,” and 7/10 designated “high persecution,” were either predominantly Muslim societies, or included sizable Muslim populations aggressively preying upon Christians. The Anti-Defamation League (ADL) surveyed 100 countries worldwide and reported that the 16 countries with the highest prevalence of extreme Antisemitism—from a “minimum” of 75% to a maximum of 93%—were countries from the Muslim Middle East. Pew determined Muslim desires for “strict application of the Sharia” in 40 countries (39, and Iran). Pooling these findings, data available from 10 Muslim nations for all three measures were tabulated (see Table, above). This juxtaposition reveals a striking concordance between Christian persecution by Muslims, the excess prevalence of extreme Antisemitic sentiments within Muslim societies, and Muslim attitudes favoring strict application of the Sharia.

…the real Islam, which is found in the books of fiqh [Muslim jurisprudence] and the prophetic biography [pious Muslim biographies of Muhammad] of the different sects [of Islam] without exception.

Al-Bukhaiti riveted upon Muhammad’s siege and massacre of the Medinan Jewish tribe Banu Qurayza, a series of events which featured the Muslim prophet labeling the Jews with the Koranic epithet apes [per Koran 2:65; 5:60; 7:166], then personally beheading some 600 to 900 Jewish males, and enslaving their women and children, when they surrendered. He concluded,

We are always pretending to ourselves that some Muslims are bad but not Islam. The truth is that the problem is in Islam and not in Muslims…We must admit that within every Muslim who believes in these narratives is a latent terrorist…That is why we must review our religious heritage, criticize it and correct it. Otherwise, terrorism will remain on our necks, waiting for favorable circumstances or intrigues or conspiracies to spread its fangs within our societies.

This honest critique must be amplified a million-fold in lieu of the standard fare of revisionism and apologetics proffered by dishonest so-called “Muslim reformer” media darlings.