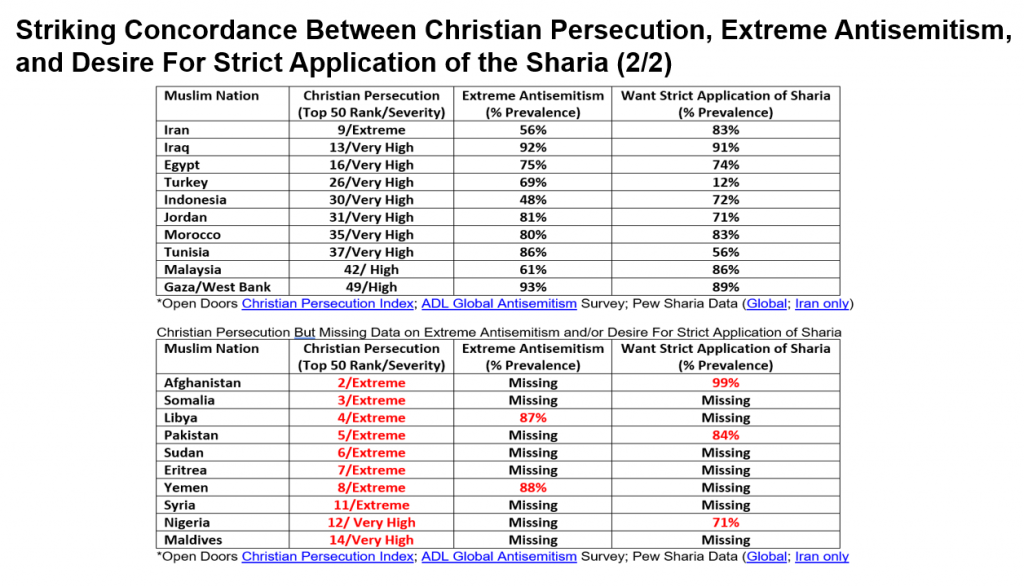 Link to full slide set in video (below)

Introductory remarks: Relevance of the 9/11 jihad carnage to my study of Islam

The 9/11 attacks were the triggering event which inspired my 18-years of study of Islam with a focus on Islam’s doctrine regarding, and resultant Muslim behavior toward, non-Muslims. A friend of mine, like me also born and raised in Queens, New York City, was a fireman and a physical therapist, and we were classmates at the physical therapy program at SUNY-Downstate during 1979-1980. I got his firsthand account of the destroyed World Trade Center charnel house.

Equally important motivation for my study of Islam was Muhammad al-Gameia.

For a millennium, Al Azhar University has represented the apogee of Islamic religious education, which evolved into the de facto Vatican of Sunni Islam. Egyptian Sheikh Muhammad Al-Gameia, the Al-Azhar University representative in the U.S., and Imam of the Islamic Cultural Center and Mosque of New York City, at the time of the 9/11 attacks, provided a very concrete and disturbing example of the authoritative Al-Azhar Islamic mindset exported to America. Within three days of the 9/11 jihad carnage al-Gameia, “known for his moderate views,” sermonized “in English calling for peace, healing, and love among people of all religions.”  The good Sheikh struck an entirely different chord when he was interviewed for an Al-Azhar University website, on October 4, 2001. Sheikh Gameia returned to Egypt after September 11, 2001 alleging, without any substantiation, that he was being “harassed.” Gameia’s Al-Azhar interview was rife with virulent calumnies against Americans, and threats to the U.S., along with conspiratorial Islamic antisemitism, which riveted upon his invocation of the central Koranic motifs of Jew-hatred, melded to lunatic allegations against Jews. He intoned, for example: “As President Bush said, this is a crusade against Islam and against Muslims…For this reason, I advise every Arab and every Muslim leader not to offer any aid whatsoever to the oppressing superpower [to help it] attack Muslims, because this is a betrayal of Allah and his Prophet… An American attack on Afghanistan will constitute terrorism, as the U.S. did in Iraq and in Palestine… I think that this war will be the end of America the oppressor.”… “[I]t was said that 4000 Jews did not come to work at the World Trade Center on the day of the incident.”… Muslims do not feel safe even going to the hospitals, because some Jewish doctors in one of the hospitals poisoned sick Muslim children, who then died…The Jewish element is as Allah described it when he said: “They disseminate corruption in the land.” [Koran 5:32–33; 5:64] We know that they have always broken agreements [4:155; 5:13], unjustly murdered the prophets [Koran  2:61; 2:87; 2:91; 3:112; 4:155] and betrayed the faith [2:42; 2:75; 2:89].”

“Islam saw the claims of Deity [Allah], but not the rights of humanity; Saw authority, failed to see freedom; Therefore hardened into despotism.”

Sharia-inspired hatred of non-Muslims, has been espoused continuously for over a millennium by Islam’s most important religious teaching institutions, and clerical authorities. This “sacralized” hatred underpins the inter-related contemporary phenomena of Christian persecution, and Muslim Antisemitism. There was a decided emphasis on the latter because it remains so thoroughly misconstrued.