Jihad Slavery Redux in The Sudan 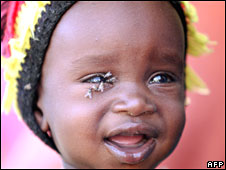 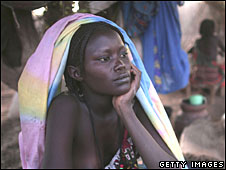 Hat tip Dhimmi Watch. A report from the Beeb  (“Thousands made slaves in Darfur”) highlights the living legacy of jihad slavery in The Sudan. I have discussed the phenomenon of Jihad Slavery, including the grotesque, aptly named “hideous trade,” i.e., eunuch slavery (preying upon sub-Saharan Africans, primarily) practiced by Islamic societies on a scale unparalleled in human history—here.

Below is Winston Churchill’s account based upon his own experiences in The Sudan fighting the jihad depredations of the Mahdist “insurgency” at the end of the 19th century. Precious little appears to have changed more than a century later:

…all [of the Arab Muslim tribes in The Sudan], without exception, were hunters of men. To the great slave markets of Jeddah a continual stream of negro captives has flowed for hundreds of years. The invention of gunpowder and the adoption by the Arabs of firearms facilitated the traffic…Thus the situation in the Sudan for several centuries may be summed up as follows: The dominant race of Arab invaders was increasingly spreading its blood, religion, customs, and language among the black aboriginal population, and at the same time it harried and enslaved them…The warlike Arab tribes fought and brawled among themselves in ceaseless feud and strife. The negroes trembled in apprehension of capture, or rose locally against their oppressors.” (From The River War, first edition, Vol. I, pages 16-17 (London: Longmans, Green & Co., 1899).

Thousands of people from non-Arabic speaking ethnic groups in Darfur have been targeted, says the report, published by the Darfur Consortium on Wednesday.

The group of 50 charities says it has around 100 eyewitness accounts from former abductees.

Victims have been rounded up during joint attacks on villages by the Arabic-speaking Janjaweed and the Sudanese Armed Forces, according to the study.

Civilians are also tortured and killed while their villages are razed to ethnically cleanse areas, which are then repopulated with Arabic-speaking people, including nomads from Chad, Niger, Mali and Cameroon, it says.

Most of the abductees are women and girls, but there is new evidence in Darfur of kidnappers targeting men and boys for forced agricultural labour, says the report.

The abducted women and girls, meanwhile, are raped and forced to marry their captors as well as carry out household chores and sometimes cultivate crops, according to the study.

…The report includes the testimony of children forced to become domestic workers. One boy said he had suffered regular beatings from his Janjaweed abductors. “They were treating me and the other boys very badly, they kept telling us that we are not human beings and we are here to serve them, I also worked on their farms,” he said.

A woman said she was kidnapped from a refugee camp and her captors “used us like their wives in the night and during the day we worked all the time. “The men they abducted with us were used to look after their livestock. We worked all day, all week with no rest.”

Congressman Chris Smith originally introduced legislation in 2006 and 2007 which should be re-examined in light of the ongoing documentation of jihad slavery in The Sudan.

(from 2006) Smith Bill Aims to End Slavery in Sudan

WASHINGTON, D.C. – Slavery remains an unresolved issue in Sudan, and the U.S. needs to do more to end it, according to Africa Subcommittee Chairman Chris Smith who introduced legislation this week aimed at eliminating the horrific practice of bondage and human trafficking in that war-torn African nation.“No modern day society should allow forced servitude, sex trafficking and forced religious conversion, yet this is precisely what is going on today in Sudan.  The Sudanese government’s practice of turning a blind eye and denying that slavery continues in their country needs to come to an end, and we need to be more aggressive in our efforts to expose and end it,” said Smith.  H.R. 5911, the Eradication of Slavery in Sudan Act of 2006, creates a commission of independent persons for six years that will hold hearings and undertake other activities to investigate the fate of slaves and ongoing trafficking practices in Sudan.  The Commission will be responsible for providing reports and recommendations for U.S. policy on eliminating slavery in Sudan.   “A peaceful, stable Sudan will not take hold until the issue of enslavement is resolved,” Smith said. “The fate of thousands of women and children enslaved by militias in Sudan during the north-south civil war is unknown.  Children have grown up in slavery, and women have borne children who were slaves at birth.  The fact that this continues today is reprehensible.”The commission created by Smith’s bill will be composed of six experts in human rights, international law and the abduction and enslavement of persons in Sudan.

Eradication of Slavery in Sudan Act of 2007 – Establishes the United States Commission to Monitor Slavery and its Eradication in Sudan, which shall have as its primary responsibility: (1) reporting on progress made by the government of Sudan and nongovernmental organizations in identifying the location of slaves in Sudan and ensuring their freedom; (2) working with the government of Sudan to ensure safe passage of freed slaves and family reunification; (3) documenting existing cases of slavery and working to prevent new cases from occurring; (4) ensuring that former slaves have access to basic education and skill training, as well as medical, social, and psychological support needed for their rehabilitation and reintegration into society; (5) ensuring that those individuals responsible for slavery are brought to justice; and (6) recommending U.S. government actions in response to the Sudanese government’s inaction to eradicate slavery.  Terminates the Commission six years after the initial appointment of all of the members.

One response to “Jihad Slavery Redux in The Sudan”