How a Real “War Within Islam” Would Look 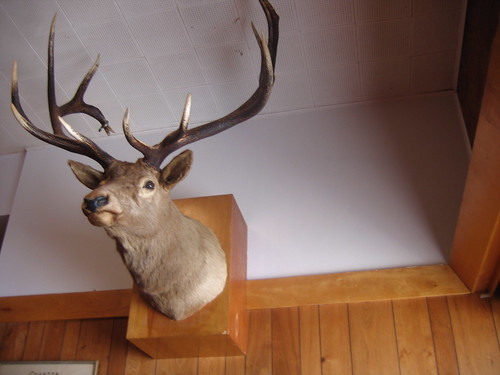 Mordechai Nisan, writing a decade ago, observed that already by the mid-1990s the world’s then over 50 Islamic nations had amassed considerable economic and military power—both of which have further increased during the subsequent 10-years:

The Muslim umma  [global community] was by the mid-1990s numbering approximately one billion believers, possessing over 50 Muslim states, and in control of a little less than a third of United Nations membership; moreover, possessing more than 50 per cent of known crude oil resources and a combined military arsenal of conventional and non-conventional weaponry second only to the combined Western bloc of states. The international balance-of-power could not in the aftermath of the end of the Cold War ignore the Muslim civilization and its awesome pretensions to playing a dominant role in global affairs.

Nisan’s cogent observations continue to have obvious implications for the so-called “war within Islam” narrative promoted by policymaking, academic, and media elites across the political spectrum, and reaffirmed, vociferously, in the aftermath of the recent jihadist carnage in Mumbai, India. For example, Boaz Ganor—acclaimed as a terrorism expert, and currently a Distinguished Visiting Fellow at The Hoover Institution—opined in the San Francisco Chronicle on 12/5/08,

This is not Islam but a cynical, calculated misuse of Islam…It is also not the responsibility of the United States alone to deal with this global growing threat, but rather the obligation of all of Western society and the civilized world, including – and perhaps primarily – the Muslim world itself, which stands revolted and terrified by the ideas and atrocities perpetrated by the jihadists. It is time for moderate Muslims to save Islam from the jihadists.

“Cynicism” and “calculated misuse,” versus attacks entirely consistent with the uniquely Islamic institution of jihad war (including jihad terrorism) across a 13-century continuum, notwithstanding, I agree with Ganor’s admonition that it is “primarily” the responsibility of “the Muslim world itself” to confront jihadism.  But it was documentary filmmaker Sean Langan’s harrowing account (just reported in the NY Daily News 12/6/08) of his three-month captivity by a resurgent Taliban/Al Qaeda within Pakistan (in the so-called “lawless tribal belt”), along the Afghanistan border, that clarified how a moral, intellectually honest, and concrete “war within Islam” should be waged, without delay. Langan has identified—once again—those who must be the obvious targets of a campaign by Muslims to “reclaim Islam” from radical, barbaric “hijackers” of their faith.

Jailed in the cramped, dark room of a house, Langan heard the constant sound of machine guns, mortars and grenades, accompanied by the steady hum of U.S. Predator drones overhead. “I was in a valley surrounded by training camps, bases and caves. Arabs were having meetings there—Al Qaeda—making plans,” Langan told NY Daily News reporter James Meek. One of Langan’s captors explained, bluntly “We are meeting and discussing global jihad issues.” The captured filmmaker recalled listening to an ex-Pakistani minister on the BBC one day denying Al Qaeda operated camps inside the country. “I had to turn up the radio to hear his denial over the sound of gunfire from all the training camps,” Langan, smiling, told the Daily News reporter. “The world’s leading terrorists are there –safe, and with the time to plot and plan attacks,” Langan asserted. During his captivity Langan also became convinced of the jihadists utterly depraved indifference to human life. He was shown  the photograph of a bomb-laden young child blowing up a U.S. Humvee, and just prior to escaping, Langan was forced to view jihadist sniper and beheading videos with the toddler son of a jihadist.

Pakistani President Asif Ali Zardari, in the wake of the Mumbai massacre wrote a December 9, 2008  New York Times Op-Ed entitled, “The Terrorists Want to Destroy Pakistan, Too.” Zardari at least acknowledged the significant presence of Al Qaeda in his country, claimed to be committed to the fight against this jihad terrorist organization—perhaps even more so than NATO—and sought worldwide support for his efforts:

The challenge of confronting terrorists who have a vast support network is huge; Pakistan’s fledgling democracy needs help from the rest of the world. We are on the frontlines of the war on terrorism. We have 150,000 soldiers fighting Al Qaeda, the Taliban and their extremist allies along the border with Afghanistan — far more troops than NATO has in Afghanistan.

Ignoring serious concerns about the dubious use of some $5 billion in US military aid to Pakistan (via Coalition Support Funds) since 2002—ostensibly to combat Al Qaeda and its allies in the tribal areas—I maintain that Zardari’s plaintive appeal for assistance—military and financial—be heeded primarily, if not exclusively by Muslim nations from the now 57 member Organization of the Islamic Conference (OIC).

After all, the OIC Dakar Declaration of March 13-14, 2008 from the 11th Session of the Islamic Summit Conference has sworn the 57 Muslim nations to combat terrorism. The OIC statement even highlights a convention assembled for this purpose, along with “other international  initiatives by the Islamic geographical sphere,” citing this involvement as proof of its unequivocal willingness “…to fight against the heinous phenomenon [of terrorism],” and the global Muslim organization’s “total rejection of it [terrorism].” However, in a statement issued 12/2/08 (“Islam, the religion of peace, tolerance and compassion”), shortly after the murderous attacks in Mumbai, the OIC, while mentioning, “…the multiplicity of terrorist attacks perpetrated recently by deviant and fanatic individuals,” decried the

…tendency of a section of the media, to interpose the word ‘Islam’ in reporting these incidences.. maliciously trying to establish conceptual link between such evil and wicked practices and Islam, the religion that condemns, scorns and outlaws them…Those who refer to the perpetrators, as acting on behalf of Islam, help them by offering them justification, anchor and premise that they don’t have or deserve. On the other hand, the generalization of the guilt of a few aberrant misguided individuals, to engulf the adherents of a religion of 1.5 billion followers is an outrageous judgment and amounts to an illegal collective punishment on a global scale. Moreover, any attempt to implicate all Muslims in such a wicked and wanton acts goes contrary to the well established principles of international law. It is therefore hoped that media will avoid resorting to any reference to Islam when narrating such events in order not to disseminate erroneous information that might jeopardize the basic human rights of Muslims, the world over.

Islam, the religion of peace, tolerance and compassion, that sanctifies the human soul, and whose universal message is one of mutual peaceful coexistence among all the peoples of the world, regardless of their ethnicities, race, religions or languages, and which calls for kind reasoning and dialogue with all their fellow human beings, abhors and despises all such criminal acts and had enacted the utmost severe punishment for their perpetrators. [emphasis added]

I argue that the OIC—currently headed by its Turkish representative Ekmeleddin Ihsanoglu—is uniquely suited to marshal the military and economic might to “enact the utmost severe punishment” for Al Qaeda and Taliban “perpetrators” of “anti-Islamic” acts of terrorism. Turkey and Egypt—key OIC member states—have large, modern, well-equipped armed forces (here; here; here), including air forces (here; here), and both nations are believed to have been victimized by Al Qaeda attacks (here; here; here; and here). These Muslim nations—with formal, enthusiastic sanctioning by the OIC—should send large military contingents to reinforce the “150,000” of their Pakistani Muslim brethren under President Zadari already doggedly engaged in combating the “anti-Islamic” terrorists of Al Qaeda and the Taliban on the Pakistan-Afghanistan border.

Finally, there is even an ideal occasion in the offing at which such an ambitious Muslim-led, OIC-sanctioned initiative could be announced—the speech Mr. Obama plans to deliver as US President in an Islamic capital. Talk about a “unique opportunity to reboot America’s image …in the Muslim world in particular…,” and express the “unrelenting” commitment to “…create a relationship of mutual respect and partnership”—President-elect Obama’s own words, uttered just this past Tuesday, December 9, 2008.

One response to “How a Real “War Within Islam” Would Look”