AG Herbert Brownell’s 8/27/1953 Speech to the ABA designating The National Lawyer’s Guild as a subversive, Communist front, & the speech’s 8/28/1953 highlighting in the New York Times

Key extract from the speech:

“We have been studying evidence that the National Lawyers Guild be included in the list of subversive organizations…I am now prepared to make this determination public. It has been clear that at least since 1946 the leadership of’ the Guild has been in the hands of card-carrying Communists and prominent fellow travelers. On every major issue since then it has steadfastly followed the Party line and its programs and actions have been consistent with it, excepting only those issues so notorious that their espousal would too clearly demonstrate the Communist control. It has become more and more the legal mouthpiece for the Communist Party and its members, and it has consistently opposed all laws or investigations which have sought to curb or expose Communist activity in the ‘United States. It is because the evidence shows that the National Lawyers Guild is at present a Communist dominated and controlled organization fully committed to the Communist Party line that I have today served notice to it to show cause why it should not be designated on the Attorney General’s list of subversive organizations.” 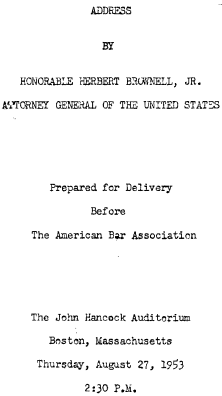 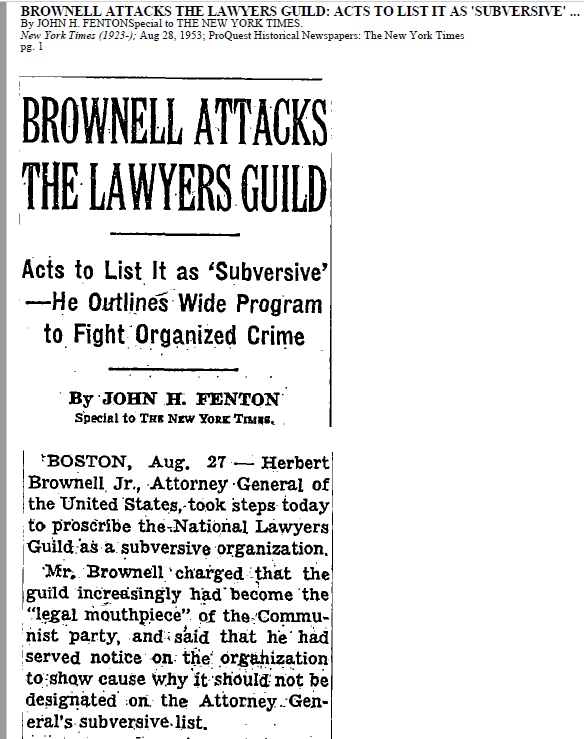