Posted on 12th May 2016 | Comments Off on Pray for “Castle Builder,” and Great Soviet Dissident Vladimir Bukovsky 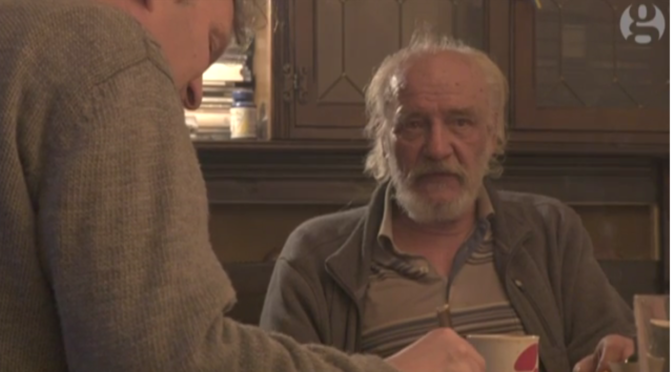 Bukovksy (b. 1942) spent almost a third of his first 33 years of life in Soviet prisons, labor camps, and psychiatric hospitals. Bukovsky’s “crime” was having the temerity to insist that the rights allegedly guaranteed to citizens in the Soviet constitution actually be honored and protected. Unable to withstand the impact of Western public opinion forged by the stalwart efforts of anti-Communist Westerners, Leonid Brezhnev released Bukovsky from his imprisonment during December, 1976, in exchange for the Chilean Communist, Luis Corvalan.

Bukovsky’s first book, To Build A Castle, published in 1979, captures the remarkable tenacity of this brave and brilliant man. To Build A Castle relates in detail how Bukovsky, despite repeated imprisonments, openly defied the KGB, never relinquishing his wit or sense of detachment and irony, his spirit remaining unbroken. Here is Bukovsky’s description of the punishment cells, the concrete “box,” and how he survived his periodic confinements there, by drawing castles with a smuggled fragment of pencil lead,  and embellishing them with the vast powers of his imagination:

There, you get no paper, no pencil, and no books. They don’t take you out for exercise or to the bathhouse; you get fed only every other day; the only window is blocked; and the one electric light bulb is set in a niche at the top of the wall, where it meets the ceiling, so that its feeble light barely illuminates the ceiling. A ledge jutting out from the wall is your table, another your chair—ten minutes is as long as you can sit on it. At night they issue you a bare wooden duckboard for a bed; blankets or warm clothes are forbidden. In the corner there is usually a latrine bucket, or simply a hole in the floor that stinks to high heaven all day. In short, it’s a concrete box. Smoking is forbidden. The place is indescribably filthy. Dried globs of bloody saliva adorn the walls from the TB sufferers who have been incarcerated here before you. And right here is where you start to go under, to slip down to the very bottom, into the ooze and the slime. The words they have for it in jail express it exactly—you “go down” to the box, and you “come up” again.

…Knowing all this in advance, I would try, when sent to the box, to smuggle in a fragment of pencil lead, usually by hiding it in my cheek. Then I could spend my time drawing castles on scraps of newspaper or directly on the floor and walls. I set myself the task of constructing a castle in every detail, from the foundations, floors, walls, staircases, and secret passages right up to the painted roofs and turrets. I carefully cut each individual stone, covered the floor with parquet or stone flags, filled the apartments with furniture, decorated the walls with tapestries and paintings, lit candles in the chandeliers and smoking torches in the endless corridors. I decked the tables and invited guest, listened to music with them, drank wine from crystal goblets, and lit up a pipe to accompany coffee. We climbed the stairs together, walked from chamber to chamber, gazed at the lake from the open veranda, went down to the stables to examine the horses, walked around the garden–which also had to be laid out and planted. We returned to the library by way of the outside staircase, and there I kindled a fire in the open hearth. before settling back in a cozy armchair. I browsed through old books with worn leather bindings and heavy brass clasps. I even knew what was inside those books. I could even read them.

This was enough to occupy me for my entire spell in the box, and still there were plenty of problems left over to solve the next time; and it was not unknown for me to spend several days trying to decide a single question, such as what picture to hang in the drawing room, what cabinets to put in the library, what table to have in the dining room. Even now with my eyes closed, I can retrace that castle in every detail. Someday I shall find it—or build it.

I lived for hundreds of years in that castle and shaped every stone with my own hands. I built it between interrogations in Lefortovo [an infamous NKVD/KGB prison in Moscow], in the camp lock-up, and in the Vladimir [a prison 100 miles northeast of Moscow] punishment cells. It saved me from apathy, from indifference to living. It saved my life. Because one must not let oneself be paralyzed; one cannot afford to be apathetic—that is precisely when they put you to the test.